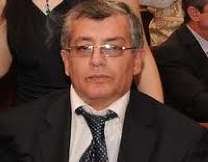 The lawyer of the human rights activist Leyla Yunus, Elchin Gambarov in an interview with Turan told about the state of her health and about the investigation.

Question: What is the state of health of Leyla Yunus and what are the results of her survey by foreign doctors?

A: The last time I met Leyla Yunus was on March 19. She said that on March 12 she was once again examined by a doctor from the Berlin clinic Charite, Christian Wilde.

He told her that in addition to all other diseases, it is necessary first of all to do with hepatitis C. Now the disease is in progress. She was prescribed very expensive drugs that are not available in Azerbaijan. Now they are looking for ways of their acquisition. The situation remains severe and the threat to the life of Leyla Yunus is still serious.

Q: What's new in the investigation of the case of Leyla and Arif Yunus?

Prolonged detention itself is pressure. As for the investigation, it is not actually carried out. Thus, questioning or confrontations with Leyla Yunus are not carried out.

Question: Are you satisfied with the public protection of Yunus at the international level? What are the steps taken in this direction?

Answer: We are grateful to the international structures and human rights organizations. Since the first day of the arrest of Leyla Yunus they have been actively protecting her rights and campaigning for her defense within possible limits.

However, at the state level there is not any action. One gets the impression that for the West the human rights protection in Azerbaijan has receded into the background. The West puts its economic and strategic interests above human rights.

According to our information, the French President Francois Hollande raised the issue during his meeting with the Azerbaijani President Ilham Aliyev - nothing more.

Leyla Yunus is also the winner of the German premium after Theodor Hacker, so we expect an action from the German government.

Leyla Yunus is well known in Poland, the USA and other countries. However, no effective steps are made to release her.