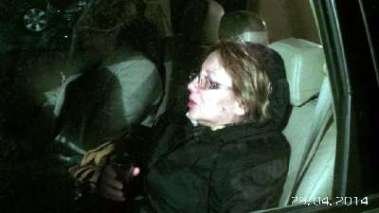 Alaif Hasanov, a lawyer of the arrested human rights activist Leyla Yunus visited her on January 21. In an interview with Turan, lawyer said that Yunus health remains poor.

"She is losing her weight and is very weak, which is a consequence of diabetes. Kidney problems and the effects of hepatitis C also has an effect, despite the medication. She now weighs only 48 kilo, although before his arrest weighed 62 kilo, the lawyer said.

Leyla Yunus complains of the lack of investigation. It seems that her arrest was carried out in order to be isolated from society, and no investigation is necessary, says the lawyer. Leyla Yunus believes that it will be kept in custody for as long as the Criminal Procedure Code allows. Only after the case will be sent to the  court. It seems that this will happen at the end of 2015, or early 2016. As the lawyer said, Leyla Yunus received no treatment, she is given medicines that are sent from the German Embassy. With regard to examination by local doctors, Leyla Yunus does not believe in the results. The doctors conducting examination, were afraid to write the true situation.

Criminal procedure legislation of Azerbaijan provides intensive investigation. In addition to the Code of Criminal Procedure, there is an order of the Prosecutor General, Zakir Garalov, on which investigations should be carried out every five days, the lawyer said.

Leyla Yunus urged the people of the country to be a fighters, and not tolerate suppression of human rights in the country.