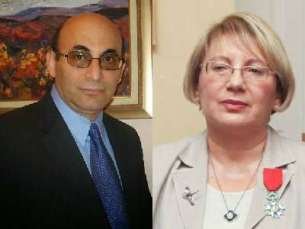 November 5 in Baku Court of Appeal an initial hearing was held on the appeal of Leyla and Arif Yunus against the decision of the Court of First Instance.

Turan was told by the lawyer Elchin Sadigov, the defense raised a motion to change the arrest by house arrest and made a number of other applications, but the judge dismissed them. The next court hearing is scheduled for 12 November.

As the lawyer said, during the meeting large bruises were visible on the neck of Leyla Yunus. Their origin is unclear. Being in a glass aquarium, Leyla Yunus looked visibly exhausted and weak, and was unable to speak to the lawyer.

In connection with the bruises Leyla Yunus's lawyer intends to file an appeal to the appropriate authorities for investigation. Sadikhov also said that he was not allowed to meet with Leyla Yunus.

"Leyla and Arif were just sitting embracing on the dock and did not say anything," said the lawyer.

Recall that on October 20 the Court of Appeal sent the case to the Court of Serious Crimes to investigate why the protocols were not consistent with the  real testimony at the trial.

The defense motion on this issue was considered by the court, but the conclusion of this was not given to the defense.