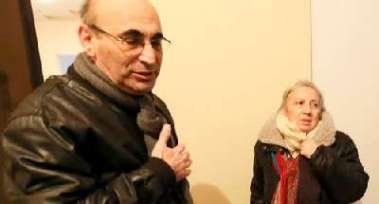 The Baku Court of Appeal held a preliminary hearing on the complaint from the human rights activists Leyla and Arif Yunus, who are denied departure from Azerbaijan for treatment.

The request for a special permit is due to the fact that the spouses have criminal penalties.

Leyla and Arif Yunus, were arrested in July and August 2014, and in 2015 sentenced to 8.5 and 7 years of imprisonment with confiscation of property. After a year of arrest, the Court of Appeals changed the sentence on Arif Yunus, and later on Leyla Yunus by a "conditional" one for five years.

Arif Yunus had several hypertensive crises, and Leyla suffers from hepatitis C, diabetes and other severe sickness, aggravated after the arrest.

However, the Yasamal district court denied them permission to leave the country.

According to the lawyer Elchin Sadigov, on March 4 personal data of the applicants were checked and the validity of the appeal was verified.

The court accepted the complaint for consideration and scheduled a hearing on the merits on March 11.

According to Sadigov, an international expert has given an opinion on the need for emergency surgery on Leyla Yunus and hospital treatment for Arif Yunus.

The ban on leaving the country violates Article 3 (prohibition of torture) of the European Convention on Human Rights for the badly ill applicants.

"We hope that the Court of Appeals upholds their complaint," Sadigov said.