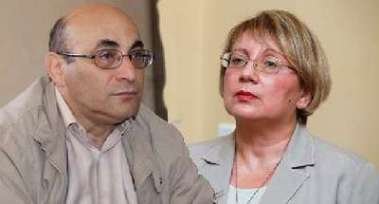 Baku Yasamal Court did not allow Leila and Arif Yunus to travel abroad for treatment, said their lawyer Elchin Sadigov. According to him, Leyla Yunus,  suffering from chronic hepatitis, hypertension, diabetes, and a stone in the gallbladder, causing excruciating pain.  Shee needs urgent surgery.

Arif Yunus suffers from a life-threatening hypertension and severe pain in the neck. According to expert opinion, the treatment  of the couple requires  highly qualified medicine. The lawyer said the court decision as illegal, saying he would appeal.

Leyla and Arif Yunus, were sentenced to eight and a half years and 7 years respectively. Baku Court of Appeal appointed them a suspended sentence with a probation period of 5 years. The two human rights defenders were arrested for criticizing the government, and social activities.