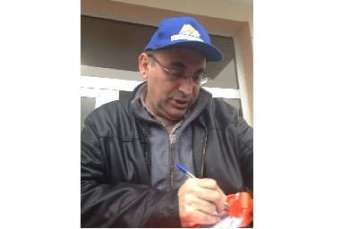 Protection approves the decision to release Arif Yunus and insists on taking the same steps against Leyla Yunus, the lawyer Ramiz Mammadov told reporters. He noted that the release of Yunus is due to his high blood pressure 224/120. With regard to Leyla Yunus was appointed forensic medical examination, which ascertained her terrible  health, but the need for her release was deemed not appropriate, the lawyer said, however, expressing optimism that Yunus will be also released.

Yunus himself told reporters that he proposed to release Leila, and he himself to stay in prison and serve sentences in prison. However, the authorities want to uphold the verdict and send Leila Yunus to women's colony. "The imprisonment of a very sick woman, suffering from hepatitis C, diabetes, eye diseases, underwent six operations, means to condemn a person to die,"  he said.

Yunus also said that he lived for 37 years together with Leyla Yunus, and  would never betray her.

The specialist for conflicts Arif Yunus was arrested on August 5, 2014 a week after the arrest of his wife, human rights activist Leyla Yunus. They were charged with treason and economic crimes. Later  the charge with treason was separated from production, and in August they were convicted for economic crimes. Arif was sentenced to seven years in prison, and Leila -  to 8.5 years.