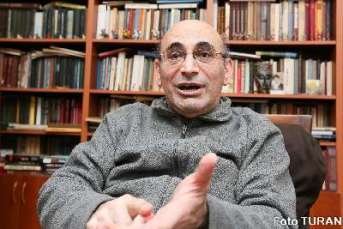 Arif Yunus released from custody on bail has said he will continue to fight for the liberation of his wife Leyla Yunus.

"I will not keep quiet and I will fight until Leyla is also freed," Yunus told reporters after his release.

Yunus confirmed that his wife is subjected to pressure and torture, which is why he went on hunger strike.

"Even if Leila is now released, her health is so aggravated that the recovery will take at least three years," he said.

Today at the meeting of the Court of Appeal from under arrest was released one of the most famous political prisoners in Azerbaijan, Arif Yunus. The preventive measure was replaced by his signed commitment not to leave Baku. The court's decision was justified by a letter from the Chief Medical Office of the Justice Ministry due to the deteriorating health of Yunus. At the same time the Ministry of Justice referred to the conclusion of the German doctor Witt, who for a long time has monitored the health status of the spouses Yunus.

Yunus himself told the court that since November 6 he went on hunger strike and did not take medication. He justified his protest with the failure to provide the necessary medical aid to his sick wife Leyla Yunus.

The prosecutor opposed that, but the court granted the idea to change the measure of restraint after a meeting.

Immediately thereafter, the people present in the room were asked to leave. However, Yunus refused to leave the court, saying that he would leave only after the release of his wife Leyla.