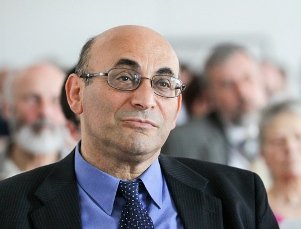 In Azerbaijan, law enforcement and judicial authorities flagrantly violate the rights of Leila Yunus, Director of the Institute for Peace and Democracy (IPD), and her husband Arif Yunus, who are witnesses in the case against journalist Rauf Mirkadyrov. This was told to the "Caucasian Knot" correspondent by Khalid Bagirov, an advocate of the Yunus spouses.

Khalid Bagirov has filed several complaints to the courts in connection with the violation of the rights of the Yunus spouses. In particular, the advocate has appealed against the decision to conduct the search of his clients' apartment in Baku.

Nevertheless, according to the advocate, on May 16, the Baku Court of Appeal dismissed the complaint. Meanwhile, the advocate has described the very consideration at the court as a "formal one".

On May 16, the Nasimi District Court refused to consider the complaint filed by the Yunus spouses against the search of their luggage at the Baku airport. According to the spouses, the search was conducted unlawfully.