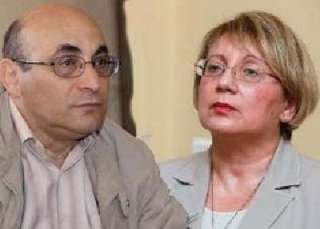 The preparatory hearing in the case of the director of the Institute for Peace and Democracy (IPD) Leyla Yunus and her husband, scientist and historian Arif Yunus  was appointed by 10 am on  13 July in the Baku Serious Crimes Court chaired by Afgan Hajiyev, according to the lawyer  lawyer Elchin Gambarov.

The court will consider a lawsuit against the couple Yunus on charges of economic crimes. The results of preliminary hearing, charged under Article 274 (treason) will be considered as a separate proceeding.

Leyla and Arif Yunus were arrested in late July - early August 2014. They are recognized by Amnesty International as "prisoners of conscience.”