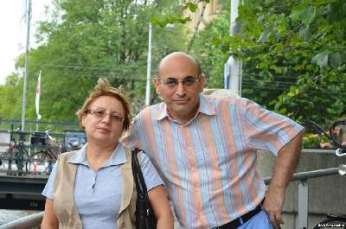 The preliminary investigation against the Director of the Institute for Peace and Democracy (IPD) Leyla Yunus and her husband, scientist and historian Arif Yunus has been completed. On July 2 the accused and their lawyers finished learning the case materials. Today, the criminal case will be sent to the court, Arif Yunus’s lawyer Afghan Mammadov told Turan.

"After reviewing the criminal case, I put forward a motion, but it was rejected. Arif Yunus does not accept the accusation and considers it ridiculous. He did not sign the indictment and did not testify," said the lawyer.

With regard to Leyla Yunus the charge with treason has also been separated and the judicial investigation will be carried out for economic crimes.

The Yunus couple was arrested in late July - early August 2014. They are recognized by Amnesty International as prisoners of conscience.