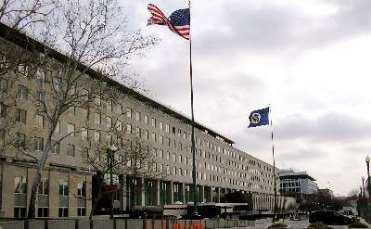 U.S. Secretary of State John Kerry met on Wednesday in Washington with Azerbaijani President Ilham Aliyev to discuss a range of bilateral and regional issues.

"The two also discussed efforts to resolve the Nagorno-Karabakh conflict. Secretary Kerry affirmed U.S. support for Azerbaijan’s territorial integrity and underscored our concern about violence along the Line of Contact and the international border. He emphasized our commitment to working with the sides to reach a comprehensive settlement based on the principles of international law, the UN Charter, and the Helsinki Final Act."

Secretary Kerry met with Civil from the former USSR