Putin calls on the parties to the ceasefire in Karabakh 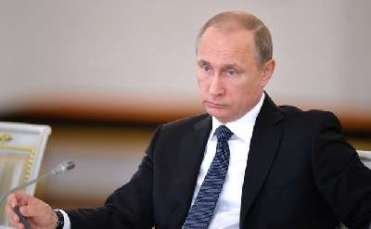 The Russian President Vladimir Putin is deeply concerned about reports of renewed fighting on the frontline in Nagorno-Karabakh, said on Saturday the press secretary of the head of state, Dmitry Peskov. "President Putin urges parties to the conflict for an immediate ceasefire and exercise restraint," said Peskov.

According to him, the Russian leader "regrets due to the fact that the situation is again slid to the armed confrontation."

"In recent years, both through the tripartite efforts (Russia, Armenia, Azerbaijan), and through international efforts (of the OSCE Minsk Group on Nagorno-Karabakh, representing Russia, France and the US - Ed.) a number of vigorous efforts have been undertaken, capable to eventually reach the solution of the conflict," said Peskov.