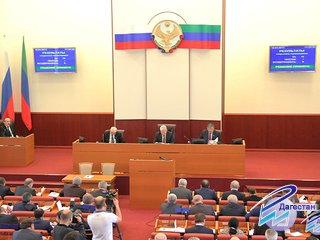 Makhachkala, April 19, 2013. Members of Daghestan parliament will appeal to the Russian president to hold early elections of Daghestan head, decided participants of today’s twenty-third session of Daghestan National Assembly. The deputies will ask to allow holding presidential elections on the next unified voting day that is before September 8.

Saigidakhmed Akhmedov, the Deputy Chairman of Daghestan National Assembly, was the one to move to elect Daghestani President on the next unified voting day, before September 8. "Early elections won’t involve additional costs, because September 8 is the day of 50 municipal elections in Daghestan, and investors want some certainty with Daghestan leadership" - he emphasized.