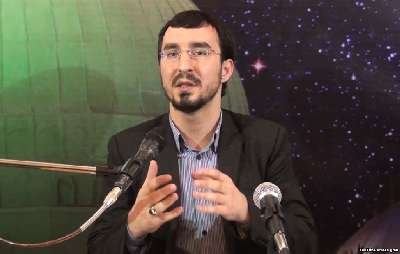 Today the Narimanov District Court extended for a month the arrest of the theologian Taleh Bagirzade. According to his lawyer, Javad Javadli, this is the third extension of the arrest term of Bagirzade who was arrested on March 31 on charges of illegal possession of drugs.

The investigation motivated the extension by the need to get an answer from the religious linguistic expertise of Bagirzade’s sermons. Sermons of Bagirzade were submitted to the State Committee for Work with Religious Organizations. At the same time, drug testing confirmed that he is not a drug addict.

The lawyer does not exclude the possibility of bringing new charges against Bagirzade. According to him, Bagirzade, has never made anti-government statements, he only criticized the government, which is the constitutional right of the citizen.

Today, the Committee to Protect Bagirzade’s rights, organized a protest in the form of a flash mob in front of the Narimanov District Court.

According to the head of the committee Mirgasim Aliyev, the protesters held placards: "I and Taleh, arrest me too," "Tale Bagirzade - Political Prisoners". Police took several placards from protesters, nobody was detained.

Tale Bagirzade was arrested on March 31, and two days later Sabunchu court sanctioned his arrest under the Article 234.1 (possession of drugs.)

The case is conducted by the Department to Combat Organized Crime of the Interior Ministry. The real reason for his arrest is sharp public criticism of the authorities on March 24 sermon, which was posted on social networks.