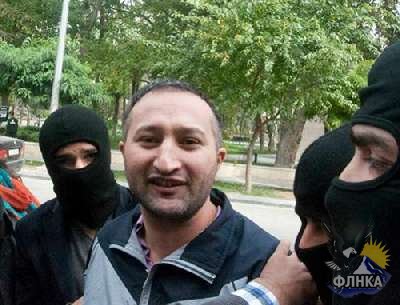 On Friday the Sabail District Court presided over by Judge Ayten Aliyeva, considered the application for a change to the measure of restraint against journalist and human rights activist, Parviz Hashimli, to house arrest. The court dismissed the petition, said the journalist's lawyer Elchin Sadigov.
According to him, it is not reasonable to keep Hashimli in custody, as no investigations are being conducted against him, and the term as a preventive measure will expire on 17th February.

During the period after the arrest of the journalist on 17th ??September 2013 only three investigative actions were conducted with regards to Hashimli.

The investigation is being conducted by the National Security Ministry, which accuses Hashimli, an employee of the newspaper "Bizim Yol" and director of the site moderator.az, as well as the head of the Center for the Protection of civil and political rights under Articles 206.3.2 (smuggling on preliminary arrangement by group of persons) and 228.2.1 of the Criminal Code (illegal possession of weapons by previous deal of a group of persons).

The journalist denies the allegations and finds them politically motivated.