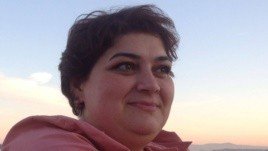 BAKU -- An investigative journalist with RFE/RL's Azerbaijani Service says she has been summoned for questioning in an investigation into the leaking of state secrets.

Khadija Ismayilova said the Department for Grave Crimes in Baku had summoned her for questioning on February 18 as a witness.

The U.S. Embassy in Baku called this "absurd."

Ismayilova is known for her reporting on government corruption.

She described the articles as "a provocation" and part of a government attempt to intimidate her.

Ismayilova has received threats in the past; in early 2012 an explicit video appeared on the Internet containing intimate and illegally obtained images of the journalist.