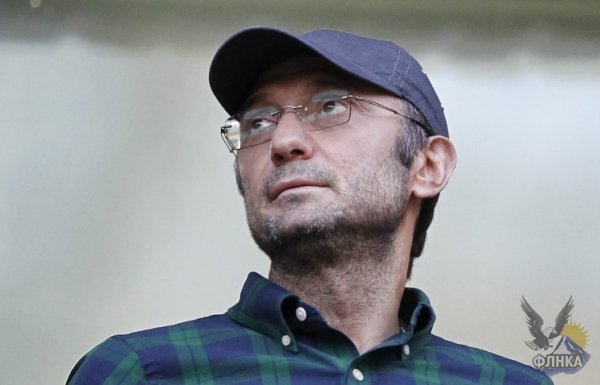 MOSCOW, February 4. /ITAR-TASS/. The owner of Russia’s Anzhi Makhachkala football club, Suleiman Kerimov, will not part with the club although it was showing poor results in the national prime league’s tournament, the leader of Russia’s republic of Dagestan, which is home to Anzhi FC, said on Tuesday.

"As long as Kerimov is alive and feels healthy, he will not part with the club,” Dagestan’s leader Ramazan Abdulatipov said at a news conference in Itar-Tass on Tuesday.

Despite the introduced changes last year, Anzhi FC has not won a single match out of the 19 played since the start of the Russian Prime League’s 2013/2014 season. The club is currently at the bottom of the table and with the greatest risk of leaving the Prime League after this season.

The leader of Dagestan also said that the club and its players must resume living and practicing in the home city of Makhachkala. Anzhi FC until recently practiced outside Moscow and visited Dagestan’s Makhachkala only to play home matches.

"I have recently talked [with Kerimov] and one of our main requirements is that Anzhi must return to Makhachkala,” Abdulatipov said. "It's no good that the team comes home only to play home matches and leave at once! Anzhi must stay at home!”

Izvestia daily reported on Monday that Kerimov met recently with Anzhi FC coaching and managing staff to warn them that he would completely cut the financing in case the club failed to change the situation for the better by the end of the season in May to remain in the national prime league.