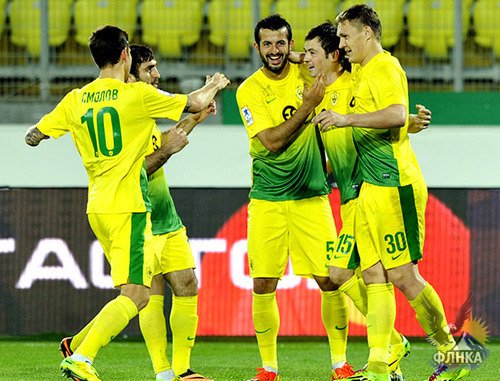 So far, the Makhachkala-based "Anji" Football Club (FC) will pay to the UEFA one million euros from the imposed fine of 2 million euros, Alexander Udaltsov, the PR Director of the FC, told the "Caucasian Knot" correspondent. In his words, the money will be taken from the FC budget.

Let us remind you that, the Union of European Football Associations (UEFA) has fined "Anji" by 2 million euros for non-compliance of the financial "fair play" principle.

The "Caucasian Knot" has reported that in August 2013 the owner of the "Anji" Suleiman Kerimov decided to cut the funding of the club. After the departure of the leading players and the head coach Guus Hiddink, the team lost its ranking in the Russian championship. In the season of 2013/2014, the "Anji" FC was the last on the table; and in the following season it will play in the National Football League (NFL, or Division 1).