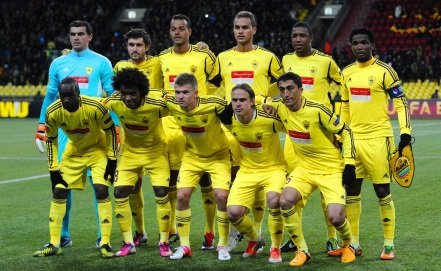 Makhachkala "Anji" beat Moscow "Locomotive" and for the first time in its history, won the bronze medal in the Russian footbal championship.

The match of the 29th round, which took place on Monday in Kaspiysk, ended with the score 2:1. Guests scored first, on the 34th minute Alexander Samedov scored. However, before the break, "Anji" made it even, Vedran Corluka passed an auto-goal. The winning goal was made late in the match, on the 74th minute, the Cameroonian footballer Samuel Eto'o scored, RIA News reports.

"Anji" scored 53 points and won the bronze, one round before the championship ends. The closest competitors, Moscow "Spartak" and Krasnodar "Kuban" will to catch up with the Makhachkala team. In the next round on May 26, Guus Hiddink's team will play against "Kuban". "Locomotive" (40 points, 10th place) on the same day will play against "Mordovia" from Saransk.

The following season, the team will play in the European League.