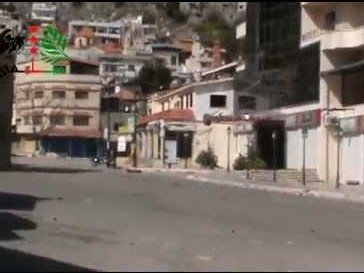 A video of alleged killing of Kessab Armenians by terrorists that is spread by media is untrue, Kessab Mayor Vazgen Chaparyan told Armenian News-NEWS.am.

He said around 30 old people stayed in Kessab for several days because they were unable to move y themselves, but they have already been transported to Latakia.

At the moment, the Syrian army is fighting for Kessab, but they are moving slowly so that not to harm the city, Chaparyan emphasized.

As regards Armenians, they left their houses in a hurry without taking neither clothes, nor documents.

"The Syrian Arab Red Crescent and the government have providing assistance to Kessab Armenians so far,” he added.

In the early morning on March 21, armed militants from the Jabhat al-Nusra Islamic terrorist group infiltrated into northern Syria’s Latakia Governorate, which is predominantly inhabited by Armenians and Alawites, from four directions. Two large groups of terrorists had launched the attack from Turkey.