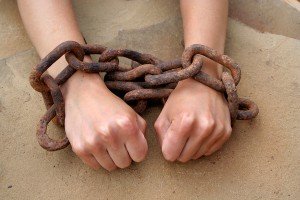 580 facts of human trafficking and forced labor were revealed in the reporting period, 385 were brought to trial, 5 organized gangs, 152 criminal groups were rendered harmless.

Raising awareness about the human trafficking threats was one of the top priorities in 2009-2013 covered by the second National Action Plan, 274 cultural events, numerous trainings and seminars were held in all cities and regions. Prophylactic activities covered 78 schools, lyceums, colleges and children's homes of the republic.

400 facts of human trafficking and forced labor were recorded within the second Action Plan, 176 were brought to trial. 173 of 263 victims were placed in safe shelters. During the reintegration 232 were given lump-sum allowances, 133 aids from the Assistance Fund. 48 got jobs, 90 attended vocational courses, a lot of people were sent to Assistance Centers under the Ministry of Labor and Social Protection of Population. 155 human trafficking victims and 579 potential victims were given medical aid by the Health Ministry, 5 medical institutions allotted for these purposes were provided with necessary equipment.

Osce coordinator for combating trafficking is happy with situation in Azerbaycan