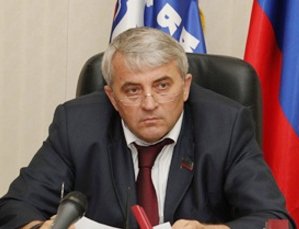 This morning, unidentified persons have shelled a car of Musa Islavov, a deputy of the National Assembly of Dagestan. The MP died at the place, and his driver was hospitalized in a serious condition.

The incident occurred at 8:00 a.m. Moscow time in Botayurt highway, where the unidentified persons shelled the Lexus 470 car with Musa Islavov and his driver. The attackers, presumably, fled in a Lada Priora car.

According to the source from the Dagestani Department of the ICRF, the MP was attacked by three criminals. The source has added that the official activities are considered as one of the priority versions of the Musa Islavov's assassination.

The "Caucasian Knot" has reported that on April 2, 2013, Musa Islavov already survived the attack committed in Khasavyurt.