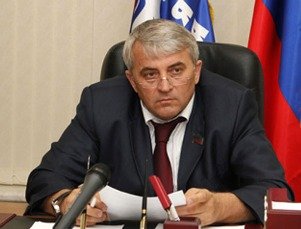 The investigating authorities of Dagestan have identified a suspected assassinator of Musa Islavov, a Deputy (MP) of the People's Assembly of Dagestan. This was reported by the "Caucasian Knot" correspondent.

"At present, we conduct investigative actions and operational measures to reveal his whereabouts and to detain him, to secure procedures for evidence of guilt, and to identify other accomplices to the assassination of the deputy," reports the Investigating Department for Dagestan of the Investigating Committee of the Russian Federation (ICRF).

The "Caucasian Knot" has reported that on April 17, Musa Islavov, Deputy Chairman of the Committee on Budget, Finance and Taxation of the Dagestani Parliament, was assassinated in Khasavyurt. Unidentified persons shelled a car with Musa Islavov and his driver Ruslan Alsultanov. The MP died at the place, and the driver was brought to hospital with serious wounds.