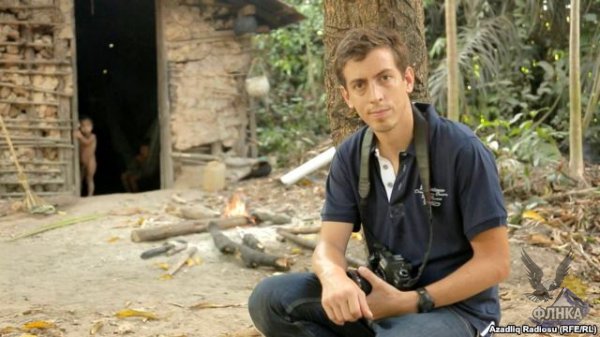 AFrench television journalist and his cameraman say they were briefly detained in Baku on May 14.

TV journalist Laurent Richard and cameraman Emmanuel Bach, who work for the France-2 television channel, confirmed they were stopped by Azerbaijani security officials at the Baku airport while boarding a plane leaving for Moscow.

In a text message to RFE/RL, they said security officials confiscated their video materials.

The journalists said they refused to leave and demanded to get in touch with the French Embassy, but were pushed by the guards into the plane.

Richard and Bach have now arrived in Moscow.

The two arrived to Baku days ago to cover the visit of French President Francois Hollande to Azerbaijan's capital this week.

They also worked on a documentary about Azerbaijan and met with local human rights and opposition activists.

Azerbaijani authorities have not yet confirmed the information.