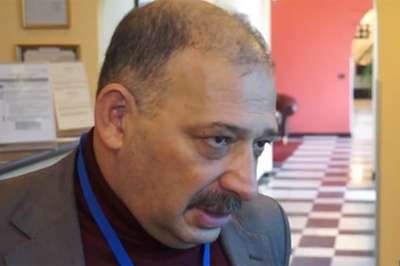 On Sunday afternoon a search was conducted by the Turkish security forces in an apartment of the detained journalist Rauf Mirkadirov in Ankara, where live the spouse and children of the journalist. His wife, Adela Babakhanova told that 11 people arrived to their flat; she was told that a search was conducted in accordance with the instruction of Azerbaijani authorities.

During a search, a number of documents, and electronic media , including his daughter’s tablet were seized. After a search came a representative of the Azerbaijani Embassy and asked the journalist’s wife about her husband's activities.

After a search of Adel Babakhanova was invited to the Embassy of Azerbaijan, where she gives testimony to investigators, who arrived in Baku.

A columnist of "Mirror" newspaper, Rauf Mirkadirov, accused of espionage in favor of Armenia, was deported from Turkey on April 19. On his arrival in Baku he was arrested at the airport.

His wife and two children remained in Turkey, where the journalist has been living for the last three years.