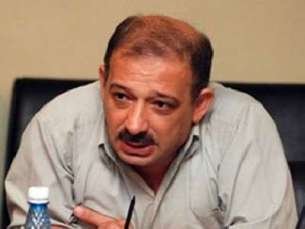 On 17 December the Court of Zurich examined the  issue of the status of  the family members of a prominent journalist Rauf Mirkadyrov arrested in Azerbaijan on charges of espionage.

The court heard his wife Adel Babakhanova and his eldest daughter Souad, as well as considered the documents submitted by international human rights organizations and the relevant agencies in Switzerland.

After three days, on 20 December, the family received an official notification of the court that his wife and two children journalist granted political asylum, Turan was told by the wife of a journalist.

Mirkadyrov was a correspondent of the newspaper "The Mirror" in Turkey. On April 19 the Turkish police detained him and deported to Baku. On board of  the plane arrived the  journalist was arrested  by  the employees of the Ministry of Security. A couple of days later, he was accused of espionage in favor of Armenia. The journalist dismissed the charges, calling them absurd. Very soon, international organizations recognized Mirkadyrov as  prisoner of conscience.

After the arrest of a journalist, his family remained in Turkey. Family members repeatedly were  interrogated by local police and prosecutors from Baku.  A search was conducted in their apartment,  and personal belongings were seized. After all this, the family  moved to Switzerland with the support of the international journalistic organizations.

According to international practice, family members of political prisoner were granted asylum if their return to their country threatens  their freedom.