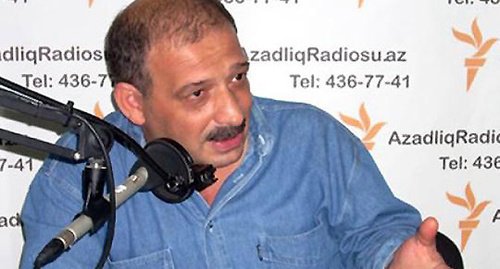 In Azerbaijan, the arrest of journalist Rauf Mirkadirov, accused of treason, has been extended by other four months. This decision was made by the Nasimi District Court of Baku in satisfaction of the petition lodged by the General Prosecutor's Office (GPO) of Azerbaijan. The defence intends to appeal against this decision.

The "Caucasian Knot" has reported that Rauf Mirkadirov, an observer of the Russian-language newspaper "Zerkalo" (Mirror), was detained on April 18 in Turkey and deported to Azerbaijan. On April 21, a Baku court sanctioned his arrest for three months on charges of treason – espionage in favour of Armenia.

Investigators have motivated the arrest extension by "the need for additional investigation activities," as Elmar Suleimanov, the journalist's advocate, has reported. "The GPO believes that if Rauf Mirkadirov is back at large, he can escape from the investigation," said the lawyer.

Mirkadirov himself drew attention of the court to the fact that when he was temporarily released in connection with the death of his father, he did not try to escape or commit any actions aimed to break the secrecy of investigation.

His colleagues are sure that the journalist's prosecution has to do with his professional activities.