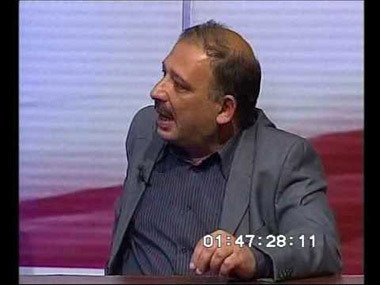 In Azerbaijan Rauf Mirkadirov, arrested on charges of state treason, refused to testify to the investigators, his lawyer Fuad Agayev said. The Prosecutor General’s office of Azerbaijan stated that supposedly the journalist since April 2008 has been cooperating with Armenia. Mirkadirov believes the charges are politically motivated, "Caucasian Knot” reports.

Columnist of the Azerbaijani newspaper Zerkalo Rauf Mirkadirov was arrested on April 18 in Ankara. According to the police the reason of the arrest was his expired documents. On April 19 Mirkadirov was deported to Azerbaijan, where he was immediately arrested and placed in pretrial detention center of MIA on suspicion of treason to the state. On April 21 Baku court sanctioned his arrest for three months.

Rauf Mirkadirov has refused to testify to the investigators as he believes the accusations against him are absurd, his lawyer Fuad Agayev stated during the press conference. Mirkadirov is accused of the cooperation with special services of Armenia, specifically, as Agayev states, he is accused of making the transfers of the state secret information, including those about the dislocation of Azerbaijani Armed forces to Armenia during 2008-2009.

"But they were talking about his visits to Armenia in the frameworks of international conferences. On the other hand, Mirkadirov couldn’t have had any access to the state secrets. Indeed, these claims are not logical and don’t have any grounds,” Agayev believes.

According to the investigation two representatives of Armenian special services with whom supposedly the journalist cooperated are Laura Baghdasaryan and another citizen of Armenia, with whom Mirkadirov was not acquainted, the lawyer notes. Agayev said that Baghdasaryan is a representative of civil society of Armenia (Head of "Region” NGO) with whom since 2001 Azerbaijani Institute of Peace and Democracy (IPD) has been implementing joint projects, and from 2005 on they release a joint publication. The fact that the name of Baghdasaryan has been mentioned clearly illustrates that "the case will not end with Mirkadirov, other politicians and civil society activists of Azerbaijan who have participated in analogous joint activities and projects may become subject of persecutions”.

Agayev noted that on April 9 Mirkadirov was called to Committee on Information and Press of Turkey and there, without any explanation, they informed him about the deprivation of accreditation. Then he was removed from the bus going to Baku and sent to his motherland. The Turkish authorities grossly violated Mirkadirov’s rights as the journalist was not deported but extradited, said the lawyer.

Agayev considers the accusations against Mirkadirov to be ridiculous. "The guardians of National Security of Azerbaijan unknowingly played into the hands of the Armenians,” he said noting that Mirkadirov for many years "has been proving the groundlessness of Armenian claims towards Nagorno Karabakh.”

As it is stated in the message issued by the Azerbaijani Prosecutor General’s office "in the course of frequent meetings in the territory of Armenia, Georgia and Turkey the journalist following the orders given by the Armenian special services provided the latter "with the information concerning socio-political and military spheres of Azerbaijan, including state secrets, with the photos and diagrams to be used during the hostile activities against Azerbaijan.”

Mirkadirov has been prosecuted on the Article 274 of the criminal code (state treason), a penalty for which ranges from 10 years of imprisonment to life sentence.

On its turn, the Azerbaijani Institute for Peace and Democracy has condemned the persecution against Mirkadirov. The journalist is persecuted for the participation in the joint projects of Armenian and Azerbaijani civil societies, Leyla Yunus, the director of IPD, believes. She has noted that Azerbaijan has certain responsibilities before the Council of Europe in regard to the peaceful settlement of Nagorno Karabakh conflict. The representatives of OSCE under the auspices of Minsk group Chairs have constantly called for the strengthening of "people’s diplomacy”. In the current situation when after 20 years from the signing of armistice, efforts of the authorities have not given any results in terms of acquisition of peace, the efforts of civil society activists directed to cooperation are extremely important, Yunus stated.

According to her, Friedrich Ebert Foundation, the British and Poland Embassies in Armenia and Azerbaijan, the EU and other international organizations and foundations understand this and support Armenian-Azerbaijani joint projects. "Moreover, on the initiative of the European Union currently a special structure is created; European Partnership for the peaceful settlement of the Nagorno Karabakh conflict" (EPNK), which combines the actions of five international organizations (Conciliation Resources, Crisis Management Initiative, International Alert, The Kvinna Foundation and LINKS), the main purpose of which is the efforts to transform Karabakh conflict through a series of initiatives in the area of peacekeeping. Within the framework of this initiative joint meetings and projects of two peoples are planned,” Yunus added.

Mirkadirov has actively participated in these projects and at the end of the joint activities published his analytical articles, she emphasized.

The media and other civil society representatives of Azerbaijan as well question the validity of the accusations against Mirkadirov of espionage for Armenia. Thus, director of the information agency Turan Mehman Aliyev doesn’t believe that Mirkadirov could have committed any activity against the state. "He criticized both the authorities of Azerbaijan and as the government of Erdoğan for the violations of human rights and democratic freedoms. Perhaps because of the coincidence of the positions of Azerbaijani authorities with the Turkish authorities in regard to the negative approach to Mirkadirov this measure was instituted against him,” Aliyev said.

Mirkadirov "was known as a patriot of his country” wishing for the country’s development, Mehman Aliyev noted. "If Mirkadirov placed his interests above all, he would not leave Azerbaijan and would work for the authorities of the country. It is therefore unlikely that the criminal case against him possesses serious grounds,” Aliyev concluded.

The leader of the opposition Azerbaijani National Independence Party, Etibar Mammadov is surprised by the arrest of the journalist on charges of state treason. "I don’t believe that he committed state treason,” Mammadov said.

The accusation of state treason is as well questioned by an Azerbaijani journalist and author of the blog "Wind from Absheron” on "Caucasian Knot” Kemal Ali. "How and by what means the Armenians could have bought him. With big money? But Rauf is not interested in money,” he stated.

Mirkadirov couldn’t have known any state secrets and consequently couldn’t have disclosed them, the blogger believes. "But if there is a political order "to shoot” him, then it is a completely different thing. In this case even for shaking hands with an Armenian one can be imprisoned,” he noted.

The claims that Mirkadirov, the Azerbaijani honored journalist, famous publicists and analysts known outside of the country, is an Armenian spy are "utter nonsense”, Ali believes.