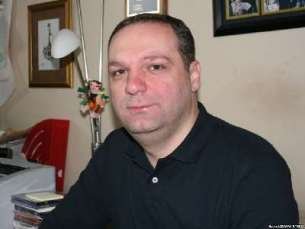 The First Secretary of the Embassy of Georgia in Baku Kakha Abdeladze confirmed for Turan the information that Giorgi Gogia was denied entry to Azerbaijan.

"As our consul said, Gogia was in the neutral zone and had to depart with AZAL from Azerbaijan to Tbilisi today at 21.00," said Abdeladze.

How was refusal of Gogia's entry into the country motivated?

Responding to this question, the Georgian diplomat said he had no information about it.

A source in Tbilisi confirmed that Gogia was deported from Baku with an evening flight of AZAL.

Georgi Georgiev, a member of Human Rights Watch, held at Baku airport for more than a day, according to the  representative of the human rights organization Rachel Denber. According to her, Gogia arrived in Baku on March 30 at 1:30.

--When Gogia arrived at Heydar Aliyev International Airport on March 30 , authorities refused to allow him into the country, but would not provide an explanation. Immigration officials took his passport, required him to remain in the passport hall. That’s where he has been since yesterday 1:30 pm Baku time. We urge the Azerbaijani authorities to return Giorgi’s passport and allow him to leave the country, said Rachel Denber.

On March 31  at about 17:00 at Baku airport was  detained Giorgi Gogia - a representative of the international human rights organization Human Rights Watch, Former Commissioner for Human Rights Thomas Hammarberg wrote in his microblog on Twitter.

The Azerbaijani Foreign Ministry said they did not have information on the matter. It was impossible to get a comment in the border guards also failed. Attempts to call a mobile number of Gogia were futile.

The purpose Gogia’s arrival in Baku  is not reported. It is also unknown exactly where he came from.

Human Rights Watch  is one of those human rights organizations, which criticizes  the authorities of Azerbaijan for human rights violations. Officials in Baku called HRW a  pro-Armenian and hostile structure, which is used by certain circles to put pressure on official Baku.

In turn, Giorgi Gogia one of those employees  of the HRW, which constantly writes about the abuse  in Azerbaijan.