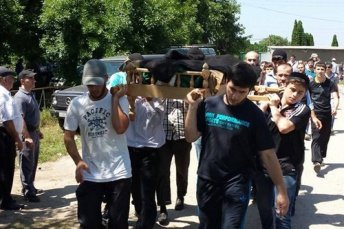 On Saturday, the burial of journalist and social activist Timur Kuashev took place in the Nalchik residential district of Volny Aul. The journalist's colleagues believe Timur Kuashev was murdered for his civic activity.

The forensic examination has revealed no signs of a violent death, and relatives agreed to the autopsy. The results have not been reported yet.

The funeral ceremony was attended by about 200 people, including well-known public figures of Kabardino-Balkaria and Dagestan. This was told to the "Caucasian Knot" correspondent by Idris Yusupov, a reporter of the Dagestan weekly "New Business".

According to him, the number of people who attended the funeral ceremony included Valery Khatazhukov, the head of the Human Rights Centre of the Kabardino-Balkarian Republic (KBR), Ibragim Yaganov, the leader of the KBR's Public Organization "Khase", Rustam Matsev and Ibragim Sultigov, members of the HRC "Memorial", and other well-known public figures.

According to Idris Yusupov, Timur Kuashev openly wrote and spoke against the phenomena that he opposed, including civil rights violations. He has added that he discussed with Timur Kuashev the problem of holding a rally in support of the Palestinians.

The murder of Timur Kuashev is related to his professional activities. This opinion has been expressed by Abakar Abakarov, an organizer of the rally against Caucasophobia and Islamophobia in Moscow.

Cause of Kuashev’s death remains unknown