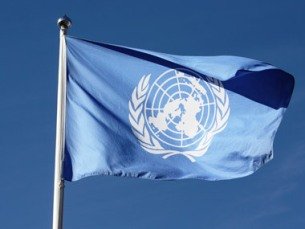 The United Nations Subcommittee on Prevention of Torture (SPT) has decided to suspend its visit to Azerbaijan due to obstructions it encountered in carrying out its mandate under the Optional Protocol to the Convention against Torture and other Cruel, Inhuman or Degrading Treatment or Punishment (OPCAT), to which Azerbaijan is a party.

The delegation was prevented from visiting several places where people are detained and was barred from completing its work at other sites, despite repeated attempts to do so and assurances of unrestricted access to all places of deprivation of liberty by Azerbaijani authorities.

As a result of these serious breaches of Azerbaijan’s obligations under the Optional Protocol, the delegation concluded that the integrity of its visit, scheduled to run from 8 to 17 September, had been compromised to such an extent that it had to be suspended.

The delegation members halted their work on 14 September but some members remained in Azerbaijan to seek further engagement with the Azerbaijani authorities on the basis of the information currently at their disposal. The head of the delegation, Aisha Shujune Muhammad, met the Deputy Minister for Foreign Affairs on 16 September.

The SPT expects Azerbaijan to abide by its international obligations under the Optional Protocol and enter into a constructive dialogue with the SPT with the view to preventing torture and ill-treatment.

The SPT has a mandate under the OPCAT to conduct on-site visits and make recommendations to the authorities of State Parties to establish effective safeguards against the risk of torture and ill-treatment in places of deprivation of liberty.

UN torture prevention body due back in Azerbaijan 16-24 April