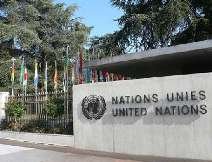 The  hearings on the situation in Azerbaijan ended in the UN Committee against Torture in Geneva. The members and panellists listened to the report of the Azerbaijani government, represented by Deputy Foreign Minister Khalaf Khalafov.  The report reads about the measures taken by the authorities in recent years to improve the prison system, the Prevention of Torture, the National Plan for the protection of human rights in the country. According to the official report of the UN Committee, representatives of the UN Baku delegation asked numerous questions about the fate of Leyla Yunus, Intigam Aliyev, Ilgar Mamedov and other political prisoners, ill-treatment of prisoners, torture and suicide in custody and so forth.

As usual, representatives of official Baku denied the violations and inhumane treatment of anyone else in Azerbaijan. In particular, the complaint was rejected by Leyla Yunus on mistreating her in jail Kurdakhani, bullying and abuse by the administration of the restrictions for its treatment.

In response to the request of torture and murder in jail MNS of Nakhchivan  Turac s Zeynalov, members of the delegation said that there is no evidence that he was tortured and bruises on his body  are the consequences of disease.

Being asked why Ilgar Mammadov is not released  despite the decision of the European Court of Human Rights, it was stated that Mammadov sparked riots in one of the cities in the country.

Asking the question  about  Leyla Yunus, despite  her serious health, the delegation stated that the presence of diabetes allows  to keep her in  jail under the supervision of doctors, to receive imported medicines and so forth.

A delegation of senior officials of Baku entered the Foreign Ministry, Interior Ministry, Ministry of Justice, Ministry of National Security, and other state organs.

Representatives of the Ombudsman continue meetings with political prisoners