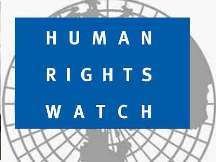 A new United Nations report says that the government of Azerbaijan has failed to prosecute a single torture case despite hundreds of allegations of torture in its detention facilities in the past few years, Human Rights Watch said today. The report of Azerbaijan’s fourth review under the Convention against Torture highlights the government’s denial of credible and consistent torture allegations and calls on the government to free unjustly imprisoned human rights defenders.

The UN Committee Against Torture examined Azerbaijan’s record on torture and ill-treatment on November 11 and 12, 2015, and published its conclusions on December 9, the same day the government freed an ailing prominent human rights defender, Leyla Yunus, who had been held for more than 16 months.

"The government has been locking up human rights defenders one after the other and then denying their reports of ill-treatment,” said Rachel Denber, deputy Europe and Central Asia director at Human Rights Watch. "The UN Committee Against Torture made clear that the government needs to free the human rights defenders and stop turning a blind eye to their ill-treatment in prison.”

The Committee Against Torture, consisting of 10 independent experts, scrutinized Azerbaijan’s record as part of its periodic review of the government’s compliance with the UN Convention against Torture. Azerbaijan has been a party to the convention since 1996.

The committee’s concluding observations expressed concern that in response to the hundreds of torture complaints filed with law enforcement agencies in recent years, not a single person has been prosecuted. The committee cited the lack of prosecutions as "a strong indication that torture investigations are not conducted in a prompt, efficient and impartial manner.”

The committee also expressed concern that Azerbaijan "deemed unfounded all the allegations of torture and ill-treatment raised during the dialogue, several of which had previously been addressed by other United Nations and regional human rights mechanisms.” The committee urged Azerbaijan to "apply a zero-tolerance approach to the continuing problem of torture, and to the practice of impunity.”

Other problems the committee flagged include the authorities’ frequent denials of access to a lawyer of a detainee’s own choosing, lack of independence of the judiciary and of lawyers, the disbarment of several lawyers who have taken on human rights-related cases, and allegations that confessions coerced through torture or ill-treatment "were subsequently admitted as evidence in court.”

Among the positive steps the committee noted in the report were Azerbaijan’s adoption of laws on detainee rights, on domestic violence, and on providing medical and psychological care to detainees. Azerbaijan also has revised its criminal code to criminalize torture or ill-treatment "committed by or at the instigation of or with the consent or acquiescence of a public official or other person acting in an official capacity.”

The review of Azerbaijan’s record on preventing and curbing torture, in Geneva, took the form of a direct exchange over two days between the committee and a delegation of Azerbaijani government officials. The committee issued the assessment at the conclusion of its five-week session in Geneva.

"The Committee Against Torture made it abundantly clear just how troubling Azerbaijan’s rights record is,” Denber said. "Azerbaijan authorities should promptly heed the committee’s recommendations for prompt, thorough, and effective investigations into all allegations of torture and ill-treatment, and to set imprisoned  human rights  defenders free.”