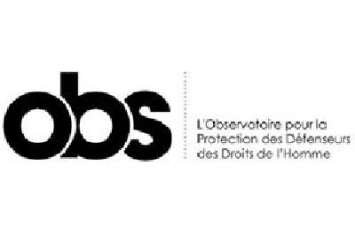 The Observatory for the Protection of Human Rights Defenders (OBS) was created in 1997 by FIDH and the World Organization Against Torture (OMCT). The objective of this programme is to intervene to prevent or remedy to situations of repression against human rights defenders. The organization issues a statement regarding the  trials of the defenders Rasul Jafarov and Intigam Aliyev, currently in preventive detention, which  will be in Baku on 15 and 16 January 2015.

A delegation from the Observatory went to Baku from 4 to 8 January in order to report on the extremely worrying situation of human-rights defenders in the country, and in particular to meet Rasul Jafarov and Intigam Aliyev and the six other human-rights defenders currently in prison: Leyla Yunus, Arif Yunus, Khadija Ismailova, Anar Mammadli, Bashir Suleymani and Hilal Mammadov. Despite its repeated requests the mission was unable to gain access to the detention centres nor to arrange a meeting with any government representatives.

The Observatory delegation, which also spoke to some of the lawyers of the criminalized defenders, stated that it was very difficult for them to defend their clients properly. The authorities use many different techniques to dismiss them from the cases they are defending: some are cited as witnesses in the trials of their own clients, others are subjected to fallacious complaints, exposing them to the risk of being struck off.

"The mere fact that the mission was denied access to Leyla Yunus in prison and the other detained human-rights defenders speaks for itself and shows that on the eve of the European Games, which will take place in Baku in June 2015, there is a serious risk that the human rights defenders’ situation will further deteriorate," reads the statement.