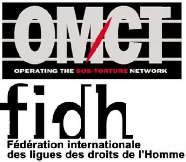 The Observatory for the Protection of Human Rights Defenders, a joint programme of the World Organisation Against Torture (OMCT) and the International Federation for Human Rights (FIDH), has received new information and requests urgent intervention in the following situation in Azerbaijan.

The statement says that the Observatory has been informed by reliable sources about the ongoing arbitrary detention and deterioration of the health condition of Ms. Leyla Yunus, Director of the Institute for Peace and Democracy (IPD) and a member of OMCT General Assembly.

According to the information received, although the health of Ms. Leyla Yunus has deteriorated while in detention, the prison authorities in Kurdakhany detention facility have not allowed her to receive the parcels with medication she needs as she suffers from diabetes and kidneys problems. However, following the visit from delegates of the International Committee of the Red Cross (ICRC) on August 12, 2014, she finally got her painkiller-injections. Yet she is still not allowed to be hospitalised.

The Observatory recalls that Ms. Leyla Yunus has been detained since July 30, 2014, when she was sentenced to three months pre-trial detention. Her husband, Mr. Arif Yunusov, Head of the Conflictology Department of IPD, was also arrested on August 5, 2014 and placed in pre-trial detention for three months. Both of them are charged with espionage in favor of Armenia. Mr. Yunusov is also in great need for medical treatment as he would be in a pre-stroke condition. In April and May 2014, he got two heart attacks and consequently spent several weeks in hospital.

The Observatory also recalls that Messrs. Rasul Jafarov, prominent human rights defender engaged in the defence of the rights of political prisoners and leader of "Sing for Democracy" and "Art for Democracy", and Intigam Aliyev, Head of the Legal Enlightenment Society, were arrested respectively on August 2 and August 8, 2014 on the basis of spurious accusations, and are also allegedly in need of medical support. Mr. Aliyev was initially detained in a cell with smokers, yet following the ICRC visit on August 12 he was transferred to a more spacious cell.

The Observatory is also concerned about the adequate healthcare and prison conditions of other human rights defenders who remain detained in relation to their human rights activities, including Mr. Anar Mammadli, Chairperson of the Election Monitoring and Democracy Studies Centre (EMDSC), and Mr. Bashir Suleymanli, Executive Director of EMDSC, who were arrested on December 16, 2013 and May 26, 2014 respectively. Moreover, Mr. Hilal Mammadov, a defender of the rights of the Talysh ethnic minority, who suffers asthma, is currently detained in one cell with former tubercular patients and prisoners suffering hepatitis and other diseases.

The Observatory also remains concerned about the circumstances and reasons as to why detained human rights defenders Mr. Hasan Huseynli, Head of the NGO "Educative Centre 'Intellectual Citizen'", and Mr. Emil Mammadov, Head of the NGO "Promoting Democracy”, sent letters on August 6 to President Ilham Aliyev, in which they express support for President Aliyev and the army of Azerbaijan. The Observatory strongly fears that they could have been subject to pressure in detention.

The Observatory expresses its deep concern about the ongoing detention and denial of effective medical care to Ms. Leyla Yunus and Mr. Arif Yunusov, which put their health at serious risk, as well as about the condition of the other above-mentioned human rights defenders. Accordingly, the Observatory calls upon the authorities in Azerbaijan to provide adequate medical care to them as well as to release them immediately and unconditionally, as their detention seems to only aim at sanctioning their activities amidst a wave of increasing repression against civil society organisations and representatives in Azerbaijan.