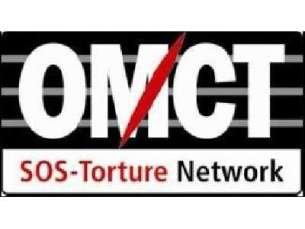 The World Organization Against Torture (OMCT) and the International Federation in the name of Human Rights (FIDH) in a joint statement demanded to immediately stop the moral and physical pressure on arrested human rights activist Leyla Yunus.

They called on the Azerbaijani authorities to immediately intervene and put an end to this:

- Guarantee in all circumstances the physical and psychological integrity of Ms. Leyla Yunus, Mr. Arif Yunusov and all the human rights defenders in Azerbaijan;

-  Transfer Dr Yunus's violent cellmate to another cell and conduct an immediate, thorough, transparent investigation into the above-mentioned assault, in order to identify those responsible and apply them the sanctions provided by the law;

-   Immediately and unconditionally release Ms. Leyla Yunus and Mr. Arif Yunusov from pre-trial detention, as well as all the other arbitrarily arrested human rights defenders, since their detentions are arbitrary and only aim at sanctioning their human rights activities;

-   Put an end to any kind of harassment - including at the judicial and investigatory levels - against Ms. Leyla Yunus, Mr. Arif Yunusov, and more generally against all human rights defenders in Azerbaijan;

-  Conform with the provisions of the UN Declaration on Human Rights Defenders, adopted by the General Assembly of the United Nations on December 9, 1998, especially