UN torture prevention body due back in Azerbaijan 16-24 April 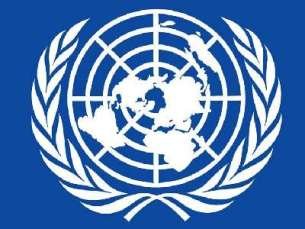 A delegation from the UN Subcommittee on Prevention of Torture (SPT) is due in Azerbaijan from 16 to 24 April to resume a visit that was suspended last September amid lack of co-operation from the Azerbaijani authorities.

"We have received assurances from the Azerbaijani Government that we will be granted unhindered access to all places of detention in the whole country,” said Aisha Shujune Muhammad, who is heading the four-member delegation.

In September 2014, the SPT members broke off their visit after being prevented from visiting some sites and barred from completing its work at others, in violation of Azerbaijan’s treaty obligations.

The SPT’s role is to prevent and eliminate torture, cruel, inhuman or degrading treatment and punishment of detainees and it has a mandate to visit all States that are parties to the Optional Protocol to the Convention against Torture (OPCAT).

States are obliged to allow the SPT unannounced and unhindered access to all places where people are deprived of their liberty. States parties are also obliged to establish a national independent monitoring body known as a National Preventive Mechanism (NPM) under OPCAT.

During the nine-day mission, the SPT delegation will visit places of deprivation of liberty and meet Azerbaijani authorities, members of its NPM and other stakeholders.

Following the visit, the SPT will submit a confidential report to the Government of Azerbaijan, containing its observations and recommendations on prevention of torture and ill-treatment of persons deprived of their liberty.

Azerbaijani Delegation to UN Committee to Respond to 90 Questions