Thomas Melia: United States is in ‘‘stern conversations’’ with Azerbaijani authorities in connection with repression in country 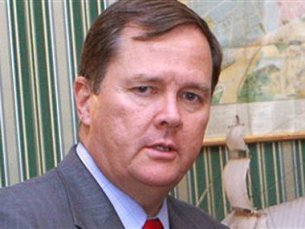 U.S. State Department official says the United States has engaged in "stern conversations" with Azerbaijani officials about crackdowns on rights organizations in the Caucasus country, stated Thomas Melia, a U.S. deputy assistant secretary of state in the Bureau of Democracy, Human Rights, and Labor, the Radio Liberty reports.
Thomas Melia have been emphasizing in conversations with Azerbaijan that recent harassment of international and Azerbaijani nongovernmental organizations is "unacceptable."
Melia stated that the United States has been telling Azerbaijan's government the "key to longer-term stability and prosperity is citizen participation in public affairs."
He also noted that Azerbaijan would ensure a better future for its country by being more inclusive and tolerant.