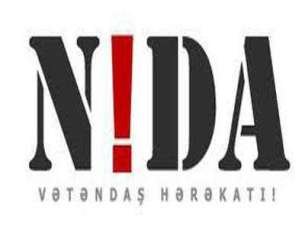 The Court of Appeal chaired by Hasan Akhmedov upheld the verdict on 6 activists of the youth organization NIDA.

As the correspondent of Turan reported, in the courtroom were representatives of the diplomatic corps. Upon entering the room, there was applause for the convicted.

Speaking on the trial, one of the convicts, Ilkin Rustamzade said he was kept in solitary confinement for a week.

"I'm jealous of our compatriots living in captivity. Even when they are allowed to communicate with their family, I am not allowed this," he said.

As for the reasons for placement in solitary confinement, it was his publication critical of the Working Group on Human Rights.

The next speakers, attorneys, said that all charges during the preliminary investigation and the trial have not been confirmed that proves the innocence.

In this regard, the lawyers urged the court to acquit the convicts.

After the meeting, the court announced that it upholds the trial court's decision and rejects the appeal.

The lawyer Elton Guliyev, commenting on the decision of the court, said that he considers the decision illegal and would submit an appeal.

Recall that on May 6 the Court of Grave Crimes sentenced eight youth activists of NIDA to imprisonment from 6 to 8 years, finding them guilty of the preparation of mass disorders, drug possession and keeping explosives.

Subsequently, three of the convicts appealed to the head of state with a call to pardon them. After that, the three activists were pardoned.