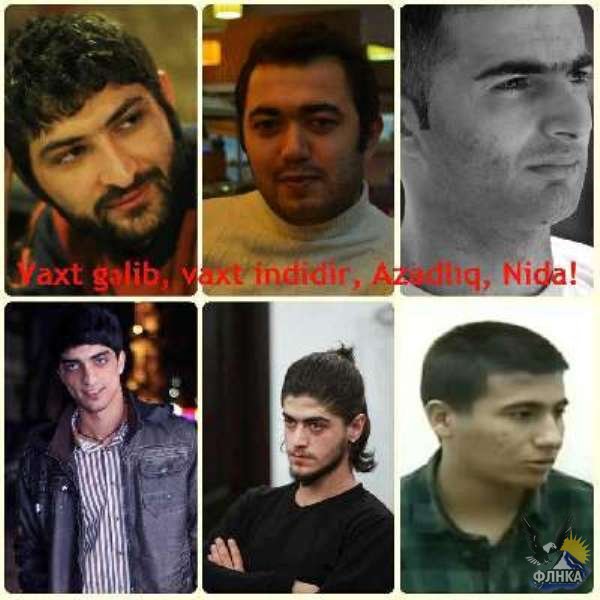 Baku/21.11.13/Turan : Today Baku Serious Crimes Court chaired by Javid Huseynov began preliminary hearing in the case of the seven activists of NIDA Movement, and Ilkin Rustamzade, the member of the "Free Youth" Movement.
They are charged with organizing mass riots during protests on March 10 in Baku. Young people have been charged with illegal possession of weapons and drugs. For these charges in March and April were arrested members of the NIDA Mahammad Azizov , Bakhtiyar Guliyev , Shaheen Novruzlu , Rashadat Akhundov, Uzeyir Mammadov , Rashad Hasanov, and Zaur Gurbanly.

In May, was arrested Ilkin Rustamzade, a member of he "Free Youth" Movement on charges of hooliganism.

Today's trial was attended by representatives of foreign embassies. Lawyer Khalid Bagirov petitioned for the release of his client, Zaur Gurbanly, in connection with the termination of his arrest term.

Then the other lawyers asked about the same due to lack of evidence.

Defendant Ilkin Rustamzade expressed indignation regarding his arrest. "If I was arrested for the video clip (Harlem shake), then it has an author, and I have nothing to do with, he said.

The state prosecutor called unreasonable the request, and opposed their satisfaction.

There was an incident during the trial: for 20 minutes there were not light in the room. In addition, the defendant Ilkin Rustamzade suffered from toothache, he asked for the doctor, but his request was not granted. The trial will continue tomorrow at 10:00 am, said not the judge, as usual, but one of the guards.