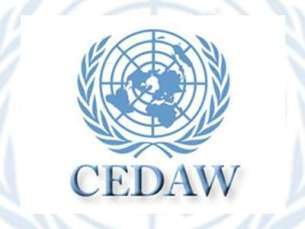 Azerbaijan’s record on women’s rights will be examined by the UN Committee on the Elimination of Discrimination against Women (CEDAW) on Wednesday 18 February in meetings that will be webcast live, according to a press release of the UN Office to Baku.

Azerbaijan is one of the 188 States parties to the Convention on the Elimination of All Forms of Discrimination against Women and so is required to submit regular reports to the Committee of 23 independent experts on how it is implementing the Convention.

The Committee will engage in a dialogue with a delegation from the Government of Azerbaijan on questions relating to the promotion and protection of women’s rights in the country, and will also hear from NGO representatives. The session will take place in Conference Room XVI at Palais des Nations in Geneva from 10:00 - 17:00 (13:00 – 20:00 in Baku).  The live webcast can be viewed at http://www.treatybodywebcast.org/.

Among the possible issues to be discussed are: measures to tackle deep-rooted stereotypes and patriarchal attitudes that contribute to increased practice of child marriage;  efforts to combat trafficking in women and girls; measures to tackle high rate of abortion which is used as birth control method; high number of sex-selective abortions, reflected by newborn ratio of 116 males to 100 females; efforts to close gender pay gap;  measures to establish procedures for establishing statelessness, given high number of citizens of former USSR.

EurasiaNet: Stereotype of male superiority and humiliating treatment towards women is an ordinary thing in Azerbaijan