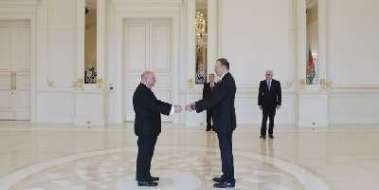 On February 27 Ilham Aliyev received the credentials of the newly appointed Ambassador of Poland to Azerbaijan, Marek Tsalka. During the talk, Aliyev noted successful development of bilateral relations in various fields. Noting that there are good opportunities for the further expansion of cooperation in all areas, Aliyev noted the importance of more active participation of Polish companies in joint projects. Ambassador Marek Tsalka, in turn, said that he used to be in Azerbaijan  more than once, and will make every effort to further expand relations between the two countries.

Ilham Aliyev receives the head of the Hungarian Parliament

Ilham Aliyev receives the PACE rapporteurs and envoy of London