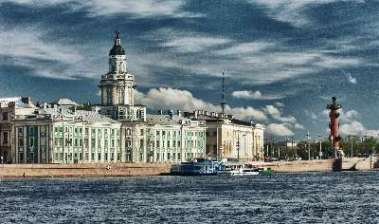 President Ilham Aliyev received on Thursday the governor of St. Petersburg Georgy Poltavchenko, the Russian Federation and members of his delegation. During the meeting Ilham Aliyev noted the successful development of bilateral relations in all directions, the visit of George Poltavchenko will allow to strengthen them. He also noted the need to strengthen regional cooperation.

In response, the governor of St. Petersburg said that he was born in Baku, and this city is native for him. He praised the development of the capital of Azerbaijan in recent years.

Regarding the cooperation between Baku and St. Petersburg, Poltavchenko said that he will continue the tradition laid before him, and will make every effort to further strengthen ties. In particular, he emphasized that St. Petersburg is interested in expanding cooperation with Azerbaijan not only in the economic, trade and other fields, but also in shipbuilding.

Ilham Aliyev receives the head of the Hungarian Parliament