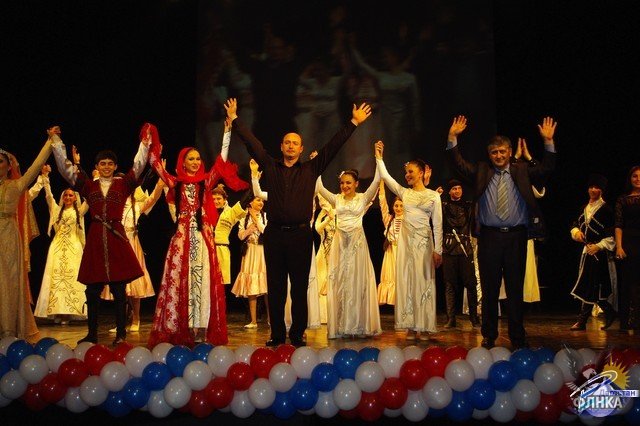 Makhachkala, May 27, 2013. May 25, on the eve of the 310th anniversary of St. Petersburg’s establishment, the Lensoviet Palace of Culture hosted the gala concert of the 3rd Caucasus Peoples’ Culture Festival organized by the "St. Petersburg House of Nationalities" and national and cultural associations of the northern Russian capital.

In his welcoming speech, the Director of the House of Nationalities Sergey Naumenko conveyed the greeting of St. Petersburg Governor Georgy Poltavchenko and the St. Petersburg Committee of External Relations. He noted that St. Petersburg is home to more than one hundred peoples and nationalities. Their cultures including those of Caucasian natives became an integral part of the culture of the great city on the Neva.

"Events like that (like the festival) contribute to fostering intercultural dialogue and developing good relations with people of different nationalities in Russia, educate young people to love and respect their historical traditions and roots. Dancing is definitely a part of a people’s culture. But we need to ensure that culture is not only dancing. Let us do our best in other areas, too, so that our country would thrive, and we would be going to a brighter future of prosperity of Russia and the CIS countries", - said one of the participants Sultan Togonidze.