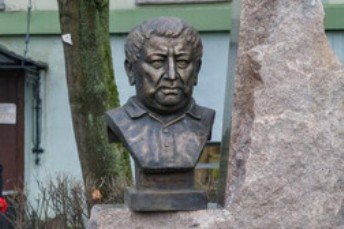 A monument to Rasul Gamzatov, an Honorary Doctor of the St. Petersburg State University and an Avar poet, has been unveiled at the Museum of Modern Arts of the University, Gazeta.ru reports.
Ramazan Jafarov, Deputy Prime Minister of Dagestan, said that it was great event for the image of Dagestan in Russia. He added that Dagestan wanted to become a republic Russians would want to visit.

Gamzatov would have marked his 90th birthday this year. He is the author of Zhuravli, a legendary song of the Great Patriotic War. His poems have been translated to almost all languages.