US Does Not Fund Political Parties in Azerbaijan 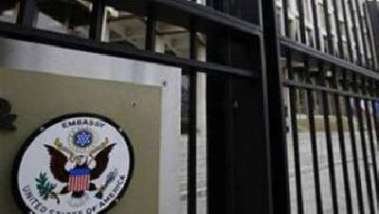 The US Embassy has denied reports of pro-government media about the alleged support of anti-government activities of the opposition in Azerbaijan.

Previously, the websites Vatan.info, Virtualaz.org and a number of others published reports that the US Ambassador received the leader of the National Council of Democratic Forces (NCDF) Jamil Hasanli on the eve of the opposition rally and promised financial support for this action.

In connection with these publications, the Embassy issued a statement, which says that

"Ambassador Cekuta met on May 26 with National Council of Democratic Forces Chairman Jamil Hasanli, following meetings with several senior New Azerbaijan Party representatives, including Deputy Chairman Ali Ahmadov and Speaker of Parliament Oqtay Asadov. The Ambassador is meeting with a number of political parties to listen to their views. This is part of his stated desire to meet with and listen to Azerbaijanis from all aspects of society. The U.S. Embassy is neither instructing nor financing any political party in Azerbaijan.”

Azerbaijan: Can the Opposition Keep it Together?