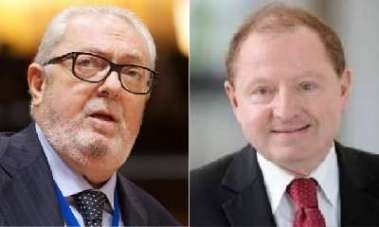 PACE’s Monitoring Committee has made a series of recommendations to the authorities of Azerbaijan as part of its ongoing monitoring of the country – including steps to reinforce democratic "checks and balances” in the system, ensure a fairer electoral framework, further boost judicial independence and end the crackdown on human rights in the country.

Approving a report by Pedro Agramunt (Spain, EPP/CD) and Tadeusz Iwinski (Poland, SOC) yesterday in Paris, on "The functioning of democratic insitutions in Azerbaijan", the committee welcomed the reduction of corruption levels in Azerbaijan, as well as the restarting of the work of the Joint Working Group on Human Rights Issues.

However, the committee also condemned what it called the "crackdown on human rights in Azerbaijan, where working conditions for NGOs and human rights defenders have significantly deteriorated and prominent and recognised human rights defenders, civil society activists and journalists are behind bars”. It called on the authorities to "end the systemic harassment of those critical of the government”.

The draft resolution is to be discussed by the Assembly at its forthcoming session (22-26 June).