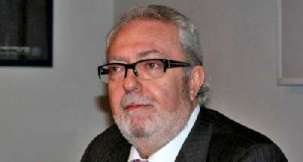 Pedro Agramunt (Spain, EPP/CD), who is preparing a report on "Azerbaijan’s Chairmanship of the Council of Europe: what follow-up on respect for human rights?” for PACE’s Committee on Legal Affairs and Human Rights, is to visit Baku from 8 to 9 April 2015. Mr. Agramunt is due to meet the Justice Minister, the Prosecutor General and the Chair of the Supreme Court and other judges. He will also meet the Working Group on Human Rights of the Milli Mejlis, and the head of Azerbaijan’s Presidential Administration.

Preparation of a report  was imposed on Agramunt by PACE Committee in June 2014 after complaints of local activists about the problem of political prisoners. This coincided with the beginning of Azerbaijan's chairmanship of the Committee of Ministers of the Council of Europe.

During the presidency of Azerbaijan the situation has not improved, and even worsened:  human rights defenders who informed the Council of Europe on the issue of political prisoners - Intigam Aliyev, Rasul Jafarov, Leyla Yunus, were arrested. Another human rights defender Emin Huseynov, fleeing from unwarranted prosecution, forced to take refuge in the Swiss embassy.

At the end of 2014 she was arrested, and the journalist Khadija Ismayilova who   continued their activity was arrested.

All this time, Agramunt remained silent and did not come to Azerbaijan. Only in March, he, along with other co-rapporteur of the PACE Monitoring Committee, Tadeusz Iwinski Polish counterpart he visited Azerbaijan. At the same time, they avoided making public statements and held a press conference.

Agramunt is famous among local civil society activists as "lobbyist of the Azerbaijani authorities" in PACE. He was an active opponent of the report by Chrystof Strasser in January 2013 on political prisoners in Azerbaijan. Immediately after the failure of this report, in Azerbaijan, began a new wave of arrests of activists, journalists, blogerov.