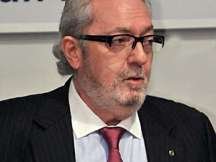 Member of PACE, Spanish MP Pedro Agramunt canceled his visit to Baku scheduled for April 8-9.  The visit was postponed due to "unforeseen circumstances",  reads the report exposed on the official website of the Council of Europe in Twitter.

The mission by  Agramunt was planned in connection with the preparation  of  the report for the PACE Committee on Legal Affairs and Human Rights on "Azerbaijan's chairmanship of the Council of Europe: what measures  have been taken to respect human rights?"  Preparation of a report was imposed on Agramunt  by the PACE Committee in June 2014 after numerous appeals of local activists on the issue of political prisoners. This coincided with the beginning of Azerbaijan's chairmanship of the Committee of Ministers of the Council of Europe. During the presidency of Azerbaijan the situation has not improved,  and even worsened: increased the arrest of human rights defenders who informed the Council of Europe on the issue of political prisoners.

All this time, Agramunt remained silent and did not come to Azerbaijan. Only in March, he, along with other co-rapporteur of the PACE Monitoring Committee, a Polish counterpart Tadeusz Iwinski visited Azerbaijan for a short time.

At the same time, both speakers avoided public statements, and did not hold a press conference.