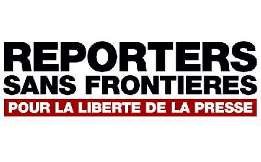 Reporters Without Borders is very worried about an increase in government harassment of independent journalists in Azerbaijan in the wake of the Baku European Games, which ended on 28 June.

The authorities seem above all to be targeting journalists working for Meydan TV, a Berlin-based online TV station and news website run by Emin Milli, an Azerbaijani journalist now living in Germany.

Azerbaijani officials prevented four Meydan TV journalists – Natig Javadli, Elnur Mukhtarov, Ayten Alekperova and Shirin Abbasov – from crossing the border into neighbouring Georgia on 30 June, telling them they were banned from leaving the country. They have yet to receive an explanation.

Most of the journalists who were prevented from leaving the country in 2014 were subsequently arrested or placed under investigation.

The border incident came just four days after Milli reported from Berlin that he had received threats from an Azerbaijani government minister.

"We fear that this growing harassment is a forerunner of a new crackdown targeting Meydan TV’s staff,” said Johann Bihr, the head of the Reporters Without Borders Eastern Europe and Central Asia desk.

"Enraged by the failure of their European Games media plan to conceal their massive human rights violations, the authorities apparently want to scapegoat Meydan TV. International attention must not let up now that Azerbaijan is out of the spotlight. On the contrary, the international community must make it clear to President Ilham Aliyev’s regime that it continues to follow developments closely.”

Leading source of news about Azerbaijan

Founded in 2013, when an unprecedented crackdown on civil society was getting under way in Azerbaijan, Meydan TV quickly established itself as a leading independent source of information about this authoritarian country.

It offers investigative reporting, news coverage and news analysis that contrast starkly with what the tightly controlled media based in Azerbaijan provide. In particular, it provides a great deal coverage of corruption and human rights violations.

In October 2013, Meydan TV revealed that the results of the presidential election had been determined in advance by software developed by the Central Electoral Commission.

During last month’s European Games, Meydan TV repeatedly reported stories that were embarrassing for the government, including the serious injuries sustained by three Austrian athletes when hit by a bus, and state TV’s use of a fake British tourist to sing Azerbaijan’s praises in an interview.

Milli, who fled to Germany in 2012 after 18 months of arbitrary imprisonment, has given many interviews to the international media about the corruption surrounding the Baku European games and the way the authorities have tried to use them improve their international image and divert attention from the disastrous human rights situation inside Azerbaijan.

He reported on 26 June that an intermediary had passed him a message from the sports minister promising that "the state will punish you for this smear campaign against the state that you have organized.”

Reporters Without Borders takes this threat very seriously because such a message is not usually issued in Azerbaijan unless it has been approved at the highest level, and calls on the German authorities to do everything necessary to ensure that Milli is protected.

Yafez Akramoglu, who works for the Prague-based Azerbaijani service of Radio Free Europe/Radio Liberty, also said on 29 June he had received repeated threatening calls from the provincial headquarters of the Ministry of National Security (MNS) in the autonomous province of Nakhchivan.

He said his caller told him he was "under surveillance” and that he and his relatives who were still in Azerbaijan would soon be "punished” if he did not stop investigating the business activities of those close to the head of the provincial government.

The authorities closed down the Baku bureau of RFE/RL’s Azerbaijani service last December.